How We Can Help Halt Britain’s Pub Closures

Britain’s pubs are now closing at a rate of three per day. So what can we do to help buck the trend and put an end to pub closures before it’s too late?

The pub is, indisputably, an institution at the very heart of British culture. It’s fair to say that during the year I spent travelling the world as a hapless English Literature graduate, one of the things I missed most about our green and pleasant land was the abundance of pubs. The acceptability of day drinking, whatever the weather, is just one of the many quirks that make Britain so utterly charming. Pubs exist at the centre of our local communities and are arguably more akin to communal living rooms than they are to bars.

However, new data suggests that an average of three pubs per day have closed their doors for good since last April. In fact, according to real estate adviser Altus Group, 1,292 pubs have closed their doors for good since last year. The idea that we may not be able to depend on our ever-reliable local pub is a harrowing thought. Imagine a Britain where you could walk for more than ten minutes without happening across a boozer… it’s enough to make anyone want to up sticks and emigrate! 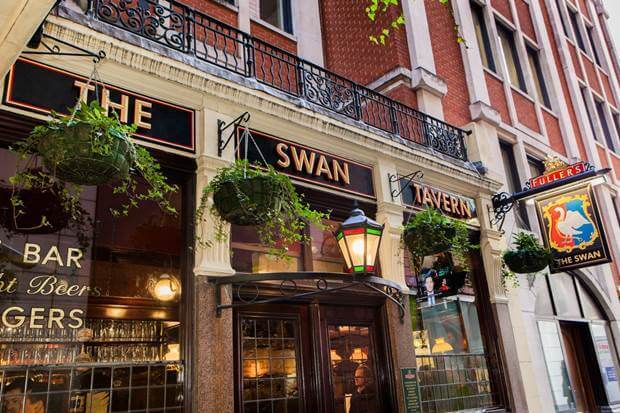 [The exterior of The Swan]

And it’s not just the humble pub that’s struggling. The Church of England is currently facing a financial crisis as service attendance has more than halved in the last 40 years. C of E clergy members are also in short supply, with fewer people opting to preach than ever before. The pressure to invest in retaining the UK’s most iconic and historic religious venues is certainly at an all-time high.

Underfunded state schools are also feeling the pinch, with secondary schools in line to lose funding equivalent to six teachers’ salaries, according to ITV News. The Education Policy Institute claims that the average secondary school will lose around £300,000 each, while primary schools could lose out on more than £70,000.

Churches and schools, alongside pubs, must start thinking more laterally about the value of their venues. Those willing to subsidise their funding and income by hiring out their spaces will soon see the threat to their livelihoods subside. Welcoming in meetings, workshops, conferences, and exhibitions might also provide the venue with a new lease of life. Even encouraging visitors to return on a regular basis as members of the church community, or as pub regulars. [The Private Lounge at The Ten Bells]

One of our goals at VenueScanner is to rewrite the rulebooks of the venue industry. By rethinking the concept of a meeting room, a conference venue, or a workshop space and opting to hire less conventional event spaces, we can start to turn around the pub closure trend. Our ‘unusual’ spaces are amongst the most popular for our users. The traditional hotel meeting room is increasingly being snubbed in favour of private pub rooms and simple school classrooms. In fact, the idea that meetings might even be better suited to creative events spaces has led to a strong trend in unconventional venue hire.

Our founder, Rebecca Kelly, puts this down to the affordability and uniqueness of these unusual spaces. The average venue hire cost for events at pubs through our booking platform is approximately £500. This works out on average at a per person rate of £15-20. Indeed, when this is compared with the average per person hire cost for hotels and conference centres of £40-80 we’re seeing massive savings. In fact, 42% of all pub enquiries on VenueScanner are made for corporate events, growing from under 10% this time last year. 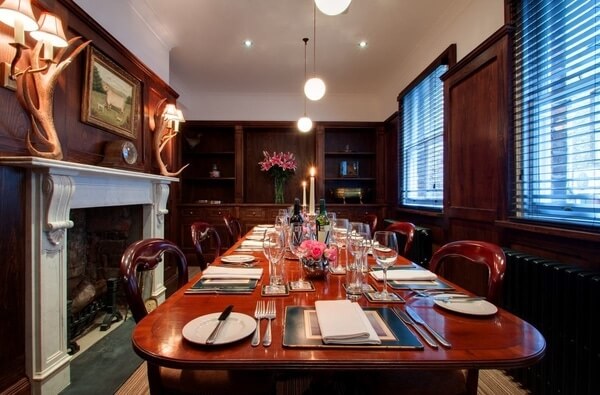 [The Boardroom at The Hat and Tun]

Luckily, when it comes to the cold hard data it’s not all bad news. London actually saw an average pub opening rate of one new pub per every three days during the same time period. Additionally, the overall rate of pub decline has slightly slowed this year. Between April 2010 and 2017 – in the decade following the smoking ban and the financial crisis – four pubs closed every day in the UK… not that three closures per day is by any means something to be celebrated.

While it does seem to be one step forward two steps back, there’s still hope for the British pub yet. Perhaps these steady pub closures can simply be put down to our country adapting to the changing times. Business owners must simply keep up by taking advantage of their venue’s private hire potential and bringing in an extra income from the thriving events industry.

Are you a pub looking to get more exposure for your hireable event spaces online? List your venue here. Or, if you’re keen to see what’s already on offer, explore pubs up and down the country on VenueScanner now.

0
In Top Tips, UK Venues, Venues in London
Previous Spotlight On: One Park Crescent
Next How POLPO Brought About The Era Of The Aperol Spritz

A Brief History of VenueScanner 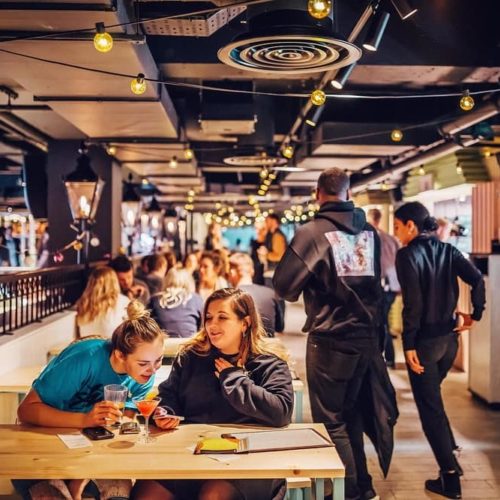 Lily’s your gal for all things content. Looking after VenueScanner’s SEO, email newsletters, blog posts, social media schedule and PR content can be exhausting, so - like any self-respecting millennial - she frequently rewards herself with trendy lattes and generous servings of smashed avo’ on toast. She brings ample experience in editorial after her time working as Commercial Editor for Secret London and hopes to inject VenueScanner with a healthy dose of pure, unadulterated fun. Hacks For Arranging The P...